Kerala Tourism records 11.39% rise in domestic and 5.15% increase in Foreign Tourist Arrivals in 2017 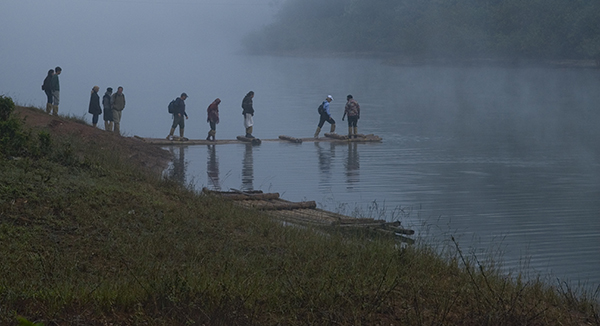 #TravelMail ( #www.travelmail.in ) #TravelNews #TourismNews #DailyNews #BreakingNews
[dropcap]T[/dropcap]hiruvananthapuram: More than expectations, an increase of 11.39 percent has been recorded in domestic tourist arrivals to Kerala in 2017, compared to the figures of previous year. Meanwhile, foreign tourist arrivals increased by 5.15 percent during the period. The good show has come at a time when the tourism industry suffered adverse factors like enhanced GST rates and allied aspects.
Figures compiled by Kerala Tourism have revealed positive signs of attaining the set goal in the domestic tourism circuit with an increase of 15 lakh new tourists. With growth almost doubling than that of last year, domestic tourist arrivals have, in fact, achieved more than what has been targeted in the Kerala Tourism Policy.
In terms of tourism revenue, total foreign exchange from the tourism sector increased 8.29 percent to Rs 8392.11 crore compared to the figures of last year. Total direct earnings from the sector grew to Rs 26000.33 crore from Rs 23098.15 crore, a growth of 12.56 percent. The Tourism Department has recorded an increase of Rs 3725.12 crore in total revenue generated from the sector, at Rs 33383.68 crore compared with Rs  29658.56 crore last year.
“Travellers from across the globe arrived in Kerala in large numbers during 2017, and the growth has been recorded at 5.15 percent compared with the figures of last year. This comes at a time when the tourism industry is suffering from adverse factors like enhanced GST rates and allied hurdles. The growth figures point to the immense popularity Kerala Tourism enjoys beyond the borders, said Sri Kadakampally Surendran, Minister for Tourism, Cooperation and Devaswoms. The total growth rate in terms of tourist arrivals in 2017 is the highest registered in the last 9 years, he added.
According to Smt Rani George, IAS, Secretary, Department of Tourism, “The new Tourism policy 2017 has set an ambitious target of increasing domestic tourist’s arrivals by 50% by year 2021 and also in doubling the foreign tourists by this period. This would require a growth of around 9% every year for domestic tourists and around 15% for international tourists”.
Looking deeper into the figures, in the domestic tourist arrivals scenario, footfalls have gone up from 1,31,72,535 in 2016, to 1,46,73,520 in 2017. There has also been a specific rise in footfalls of 15,00,985 persons in 2017, as against the numbers recorded during the end of 2016.
“Considering that the increase in domestic tourist arrivals in 2016 was only 5.67% when compared with the 2015 numbers, the rise in 2017 is encouraging. The percentage of increase of domestic tourists for year 2017 is the highest registered in the last 9 years,” said Sri P Balakiran IAS, Director, Kerala Tourism.
According to the statistics, the rate of growth recorded was very high at around 12.22 percent till July 2017. However, the rate fell 9.12 percent, 5.29 percent and 3.14 percent in August, September and October 2017, respectively. By the end of the year, it again picked up with growth rate rising to 18.02 percent and 16.07 percent respectively in November and December 2017.
On the foreign tourist arrivals front, footfalls have increased from 10,38,419 to 10,91,870 . The figures point to the fact that there has been an increase of 53,451 more foreign tourists this year, with figures nearing 11 lakh. As per numbers till July 2017, the growth rate has been high during the period, at almost 7.8%.  Meanwhile, the lowest growth rates were registered during August, September and October 2017, with negative growth of -9.05%, -12.62% and -3.14% respectively.
Foreign tourists mainly focused and registered positive growth in Thiruvananthapuram, Ernakulam and Wayanad districts, while districts like Kasaragod, Kannur, Palakkad, Malappuram, Kottayam, Kollam, Alapuzha registered negative growth in foreign tourist arrivals.
On the domestic front, tourists mainly focused on districts like Alappuzha, Idukki, Wayanad, Thiruvananthapuram and Ernakulam districts. Guruvayur in Thrissur district witnessed a slight decrease in the number of tourists when compared with the previous year.
Domestic travelers to Kerala mainly arrived from southern states of Tamil Nadu, Karnataka , Andhra and Telangana. Tamil Nadu accounts for the maximum footfall with 12.72 lakh visitors. The second position went to Karnataka with 9.33 lakh tourists, and the third slot went to Maharashtra with 5.47 lakh tourists. There has also been a significant increase in tourist arrivals from Delhi with 2,40,672 no’s  visitors( 18.67% increase) and  Gujarat with footfall of 2,39,228   with 24.48% increase.
Ernakulam welcomed the maximum number of domestic tourists, Thrissur and Thiruvananthapuram came second and third respectively in this regard.
Taking into account the number of the foreign travellers who arrived in Kerala, it has been recorded that tourists from the UK were first in number with footfalls seeing an increase of 16.35 percent at 1,80,975 visitors. However, there has been a significant rise in travellers from North American countries, with the US (5.83%) and Canada (17.77%) posting considerable growth. A total of 92,951 travellers arrived from the US during the year, while Canadian tourists stood at 28,676. The number of travellers from four Asian countries – China, Japan, Maldives and Indonesia also registered positive growth.
According to the Kerala Tourism statistics, the post-GST regime saw a steady decline in the growth rate of domestic tourist arrivals. Regarding the foreign tourist arrival the months of August, September and October of 2017 posted negative growth.  However, the Okhi cyclone that lashed across the state in November failed to affected tourist inflow, and the state registered a positive growth rate both in foreign and domestic tourist inflow during the last months of the year November and December 2017.