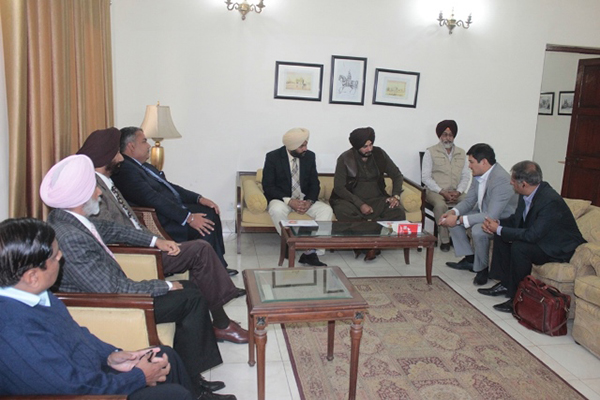 #TravelMail ( #www.travelmail.in ) #TravelNews #TourismNews #DailyNews #BreakingNews
[dropcap]A[/dropcap]mritsar: The Punjab Government Minister, Punjab, Mr. Navjot Singh Sidhu disclosed that the direct flight from Amritsar airport to Kuala Lumpur would soon commence for which the Air Asia X has started preparations. After a meeting held at the circuit house in the presence of Lok Sabha MP Mr. Gurjeet Singh Aujla, CEO Air Asia X Mr. Binjuman Ismail, India Head Mr. Suresh Nayyar, Secretary Tourism Department Mr. Vikas Pratap, Director Mr. Shivdular Singh Dhillon, Deputy Commissioner Mr. Kamaldeep Singh Sangha and other officers to chalk out the roadmap with regard to the flight, Mr. Sidhu said that this flight would play a yeoman’s role in connecting Punjab with the other countries of Asia as well as the Europe. The minister further said that the officials of Air Asia have agreed to operate this flight 4 times a week and it would begin around diwali time.
Elaborating more, Mr. Sidhu said that the passengers travelling abroad from New Delhi comprise 30 percent Punjabis who would be benefitted to a large extent from this flight. He also detailed that this flight would enable the foreign tourists apart from NRI Punjabis to travel to Amritsar, which has already emerged as one of the top most tourist hubs on global map, with ease. Divulging more, Mr. Sidhu said that the direct link with Kuala Lumpur would also prove to be beneficial for the students pursuing studies in Australia besides clearing the way to Birmingham and Western America.
Appealing to the leaders of all parties and the people of Punjab to work unitedly for making Amritsar Airport a grand success, Mr. Sidhu said that Amritsar Vikas Manch has a played a great part in making this flight possible and the office bearers of the manch Mr. Sameep Singh Gumtala and Mr. Manmohan Singh maintained regular contact with the officials of Air Asia and apprised them of the immense potentialities of Amritsar. The minister further said that the flight would be cost effective and time saver. The minister also reiterated that assistance from the Union Government would be sought for making the Mohali Airport a success apart from Amritsar.

Kerala Tourism records 11.39% rise in domestic and 5.15% increase in Foreign Tourist Arrivals in 2017

IndiGo to be the first airline to...