Tourism Industry to be driver of economic growth for Punjab: Navjot Singh Sidhu 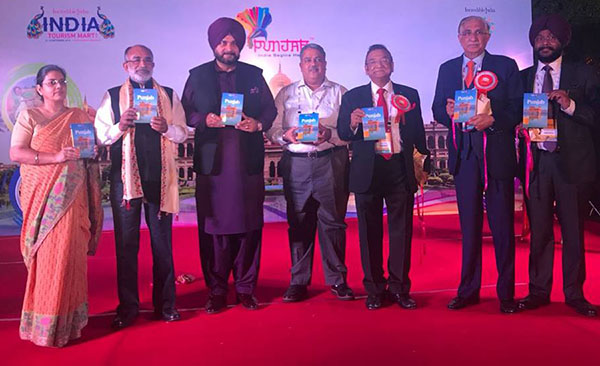 TravelMail BreakingNews ( #www.travelmail.in ) #TravelNews #TourismNews #DailyNews
[dropcap]N[/dropcap]ew Delhi: Asserting that Tourism Industry is going to be the driver of economic growth for the State, Punjab Tourism and Cultural Affairs Minister Mr. Navjot Singh Sidhu said that the endeavor of Punjab Government is to make tourism contribute 20 percent to Punjab`s GDP. The State has a vibrant culture and dynamic people who have traditionally open their homes and hearts to guests from all over the globe. The Minister effectively showcased Punjab as a brand holding immense potential for employment generation and economic growth. 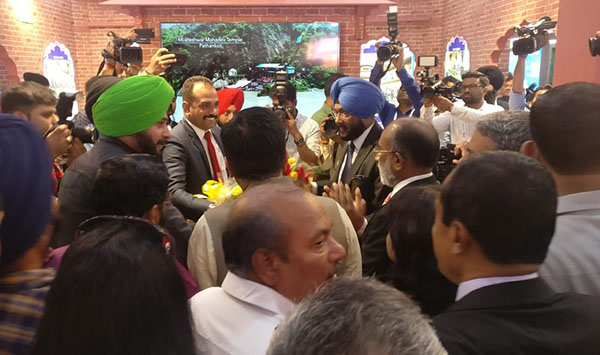 Representing the State in India Tourism Mart-2018, in which Punjab is a partner state, Mr. Sidhu revealed that it was the wholesome effort of the State Government under dynamic leadership of Punjab Chief Minister Captain Amarinder Singh to make more than 400 participating representatives from 60 countries related with Tourism and hospital industry in Tourism Mart, aware about the wonderful tourism destination that is Punjab.
“Golden Temple is the largest visited Monument in India which sees a daily footfall of more than 1.25 lakh persons, which is even more than the Taj Mahal. To explore the potential of Punjab Tourism in its full strength Punjab Government has to act as a catalyst by building the right infrastructure and by making the right pitch in Indian and the overseas market. As we are on a path of creating facilities for tourists in Punjab we call the tourists from all over the globe visit Punjab and observe its diversity and strong unity of religions, its heritage and cultural richness, said Mr. Sidhu. 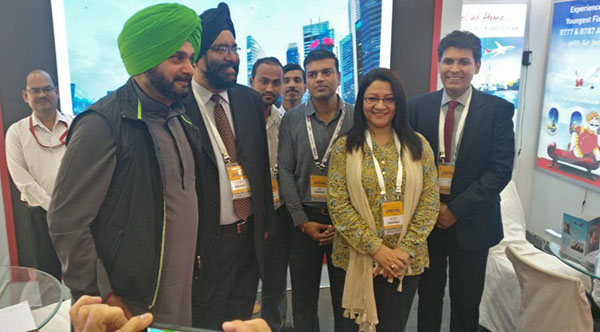 Mr. Sidhu further elaborated that Punjab has tied up with the tour operators of international repute who would play a yeoman’s role in connecting with NRI Diaspora with their roots in Punjab back home. He also said that the Punjab Government would make available arrangements regarding boarding, lodging and all other necessary amenities for the tourists at the places of religious and historical significance.
Mr. Sidhu further said that as some countries including Sri Lanka, Bali, Thailand and States in India were getting huge remunerations from Tourism Industry; Punjab has also the potential for Tourism to be the biggest employment generator for people of Punjab and hoped that the state shall gain its trajectory for a prosperous future.
Secretary, Punjab Tourism and Cultural Department, Mr. Vikas Pratap said that the State was making concerted efforts to connect with the people related with Tourism and Hospitality sectors from within India and abroad. He informed that about 18 international reputed Tour and travel operators shall be visiting  Amritsar and surrounding areas from 19th September for a Familiarisation Trip ( FAM trip). Punjab had brought co-exhibitors to promote its destinations like Gobindgarh Fort, Sadda Pind and the various Farm stay options of Amritsar, Hoshiarpur, etc.
It is worth noting that Punjab was also the theme state for the dinner hosted at I.T.C Maurya, New Delhi. On the occasion a New Travel Book on Punjab was also released by Mr. Sidhu along with the Union Tourism Minister. Cultural performances were given by Artists from North Zone Cultural Centre. ADB Country Director Mr. Kenichi Yokoyama, ITDC CMD Mrs. Ravneet Kaur, Director Punjab Tourism Mr. Malwinder Singh Jaggi, FAITH Chairman Mr. Subhash Goyal and other dignitaries were also present.

MoU signed between ITDC and Moroccan Agency for Tourism Development