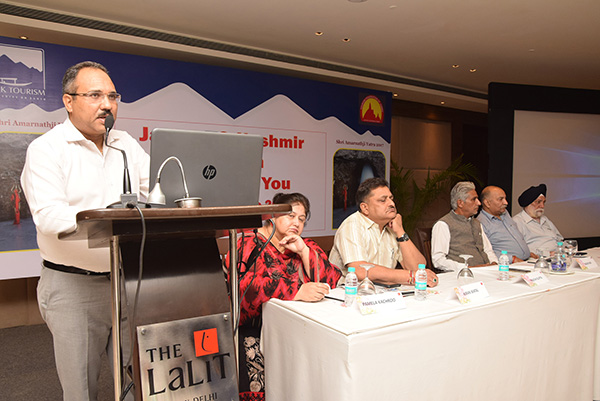 He said “J&K Tourism, which has Pilgrim Tourism as its core activity also offers great leisure, adventure, border and rural tourism in all the three regions of the State throughout the year. With Mata Vaishnodevi pilgrimage is attracting around 10 million pilgrims annually, June is time for Sindhu Darshan in Leh, Shri Amarnathji Yatra too starting from end of June from Pahalgam & Sonmarg in Kashmir followed by Buda Amarnathji pilgrimage to Poonch in July & August, Machail Mata pilgrimage in Pader Kishtwar in August and around the same time Kailash Yatra will be organized in Bhaderwah and the list continues. With all pilgrimages, tourists can combine few leisure activities of their choice to make holiday more memorable.”
Mr Gupta said “The most important aspect for a pilgrim / tourist before embarking is security. And on this aspect we need to clarify certain doubts. J&K, is a vast State comprising three province, Jammu, Kashmir & Ladakh; geographically different, culturally enriched, tourism potential the highest with vivid possibility.” “Our all tourism circuits are completely safe and there is never any targeted violence on tourists. We want to reassure countrymen, pilgrims and worthy members of tourism trade. The government has made all arrangements for a trouble free, safe and secure Shri Amarnathji pilgrimage and people can embark on yatra without any fear and hesitation,” he added. 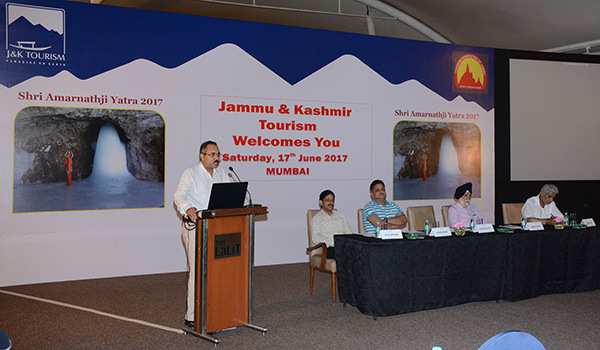 Ministry of Railways observes The International Day of Yoga 2017