GITB-2018 concludes with an overwhelming response from Foreign Tour Operators 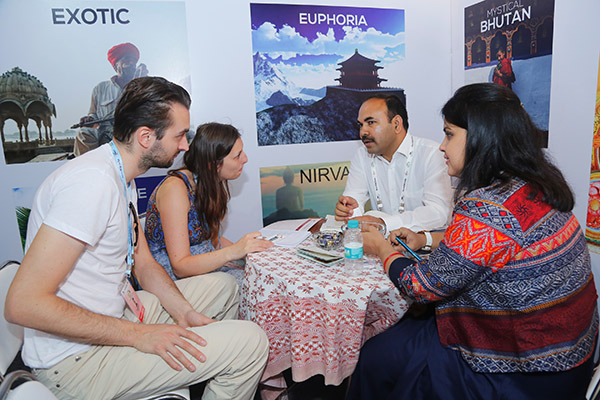 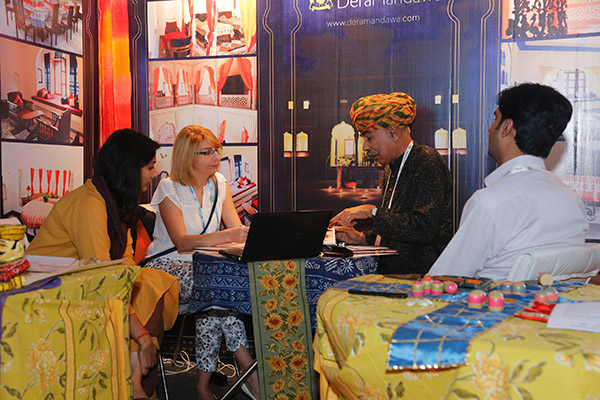 Speaking about the success of GITB 2018, Additional Chief Secretary Tourism, Government of Rajasthan, Subodh Agarwal said that GITB has had a very positive response this year as well. Such global scale events are helping bring Rajasthan on the world map. The pre-structured meetings were customised to meet the needs of the respective buyers. The event also saw a large number of first-timers who benefited from various business interactions under one roof.
Speaking about Department of Tourism initiatives towards curating a digitized tourism marketing campaign, Mr. Agarwal further said that Rajasthan has fully transformed its marketing strategy with an aggressive campaign with new elements like an award-winning logo, vibrant website, exquisite presence across all social media handles, and adopting the concept of co-creation by telling ‘One’s own story’.
Consultant- Tourism FICCI, Rahul Chakravarty said that 280 foreign buyers from 55 countries had intensive one-on-one meetings with 270 Indian sellers over a period of two days. A whopping 10,963 pre-scheduled B2B meetings were held this year. Other than this, as many as 9 participating States and Rajasthan also displayed their tourism prowess through interactions as well as their promotional literature and visual films.
The General Secretary of Indian Heritage Hotels Association (IHHA), Randhir Vikram Singh said that GITB serves the three-fold purpose of inviting FTOs from across the globe. All organisation officials are available under one roof, and this provides scope to small players of the industry to interact with FTOs and Indian buyers at their home ground. The show has always had a positive response from the sellers and buyers, who are happy with the outcome the show had on their business. The Department is also going to organise ‘Domestic Travel Mart’ from 20 to 22 July with the sole objective of increasing tourism in Rajasthan by organising numerous road shows across the country.
The General Manager of ‘Heritage Palace on Wheels’, Pradeep Bohra said that there were many positive queries about the luxury train. These queries should translate into confirmed bookings soon. The FTOs who came by train also expressed their enthusiasm about it as a viable tourism product.