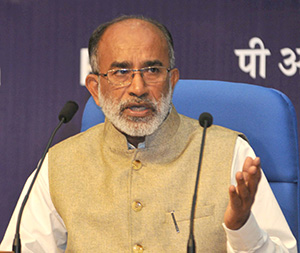 #TravelMail ( #www.travelmail.in )
[dropcap]N[/dropcap]ew Delhi: Shri Alphons Kannanthanam, Minister of State (IC) for Tourism has said that the Ministry of Tourism observed ‘Swachhta Pakhwada’ during 16th September to 2nd October, 2017 by organizing various cleanliness activities/programmes at the premises of its offices/ educational institutions/ prominent tourist places etc. All educational institutes under Ministry of Tourism adopt at least one tourist place to maintain cleanliness in a sustainable way.
Address media persons at a Press Conference, he said that the Prime Minister called upon the nation to begin a campaign, ‘Swachhata Hi Sewa’, ‘Cleanliness is Service’, from 15th September to 2nd October 2017 which coincided with the “Swachhta Pakhwada” of M/o Tourism. Ministry had organised Swachhta Drive at various tourist/pilgrim places all over the country through the its Indiatourism offices. The campaign had been organised at more than 80 places all over the country during the period which was kick started at Juhu Beach on 15th September,2017. Besides, major clean-up activities, pledge swearing, awareness activities, essay competition, nuked natak etc were organised during the campaign.
The Minister said that he himself volunteered various cleanliness activities at India Gate on 17th September, 2017, at Janpath Market on the World Tourism Day (27th Se4ptember, 2017 and at Smith village, Shillong, Meghalaya on 30th Se4ptember, 2017. Officers of Ministry of Tourism as well as Students from Institutes of Hotel Management (IHM) were also present. The cleanliness activities carried out by the the Minister at various spots drew the attention of visitors as well as shopkeepers/ vendors and conveyed the importance of maintaining the places clean to the public. Minister interacted with the visitors as well as shopkeepers and urged everyone to contribute to make the country clean and beautiful. He also administered the Swachhta Pledge to all participants at these places.
Ravi Kishan, Indian film actor at Juhu Beach, Sarath Kumar, Tamil Film Actor, Sudarshan Pattnaik, Sand Artist, Ramakrishnan, actor and Director, Tamil Film Industry, Chief Minister, Sarbananda Sonowal, Resul Pookutty, film sound designer, Prof. Amita Dutt, Shiksha Ratan Award Winner, Prabhat Goswami, Famous National Award Winner Assamese Folk Music Composer, Anupam Shyam, Film & TV Actor, S. Vc. Shekar, Tamil Cine Director & Actor, Saidai Sa. Duraisamy, Mayor of Chennai, Sourabh Kant Shrivastava costume designer Padamshree Bhatchandra D. Mondhe, Dr. R. Nataraj, IPS, former Director General of Police, Tamil Nadu, Ms Sagarika Goswami, Kopil Bora, Assamese Actor, Ms. Sheila Bora, Chairperson, INTACH, Tapi Mara, Mountaineer, and Ms. Amala Akkineni, film actress, were some of the celebrities who participated in the campaign organised by Ministry of Tourism.
The Minister informed the media persons that the Ministry of Tourism, in close collaboration with Ministry of Culture and Archaeological Survey of India (ASI), envisages developing heritage sites and making them tourist friendly to enhance their tourism potential and cultural importance, in a planned and phased manner. Accordingly, on World Tourism Day celebrated on 27th September, 2017 launched “Adopt a Heritage” with the aim to encourage industry and other stakeholders to take up responsibility for making our heritage and tourism more sustainable through conservation and development of our cultural and natural heritage sites. The project focuses on providing basic amenities that include cleanliness, public conveniences, drinking water, ease of access for tourists, signage etc. and advanced amenities like cafeteria, surveillance system, tourist facilitation centre, illumination etc., in and around the heritage sites and monuments.
A film on “Swachhta” was also launched during the celebration of ‘World Tourism Day’. The cleanup activities undertaken during the campaign at Velankanni Church, Chennai by the Regional Director, South have also been recognized by Ministry of Drinking water with an award.

‘Paryatan Parv’ to be organized nationwide from 5th to 25th October, 2017

The iconic MINI arrives in Pune