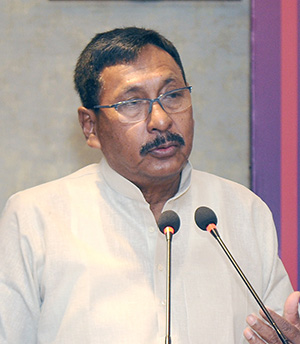 [dropcap]N[/dropcap]ew Delhi: Improvement to Passenger amenities on Indian Railways is a continuous process. With a view to meet the expectations of the passengers, Indian Railways is making all out effort to provide improved facilities at the stations including those located in small cities/towns. Indian Railways has more than 8500 Stations. It has always been the endeavour of the Railways to provide adequate amenities to the passengers at stations. Certain amenities are provided at the time of construction of new stations based on anticipated volume of traffic. Amenities are further augmented from time to time with growth in passenger traffic handled at stations, based on the felt need, expectations of the travelling public and availability of funds.
In the recent past Indian Railways has taken various steps to improve the services and facilitate the passengers, some of which are given below:-
At stations:
I. Lifts and Escalators at the stations for facilitating movement across platforms.
II. Battery Operated Vehicles for carrying passengers before/after the train journey, especially senior citizens and persons with disabilities.
III. Yatri Mitra Sewa for passengers requiring wheel-chair assistance.
IV. Well appointed Retiring Rooms, Waiting Halls and Executive Lounges to relax for passengers during transit.
V. Wi-fi facility at 127 important stations on IR.
In Reservations and travel:
I. Introduction of the Alternate Train Accommodation Scheme known as ‘VIKALP’ to give option to waitlisted passengers to shift to alternate train having vacant accommodation.
II. Provision of facility to physically handicapped persons to book reserved tickets online.
III. Introduction of paperless unreserved ticket booking through mobile phone.
IV. Automatic refund of confirmed/ Reservation Against Cancellation (RAC)/e-tickets on cancellation of trains.
V. Enhancement of Senior Citizen Quota as well as quota earmarked for physically handicapped persons.
VI. Making provision in the system for automatic preparation of reservation charts at least four hours before the scheduled departure of train.
VII. Provision of facility to book available accommodation after preparation of first reservation chart through internet as well as across any computerized Passenger Reservation System (PRS) counter upto preparation of second reservation chart.
VIII. Acceptance of all International Credit/Debit cards for booking of e-tickets through Indian Railway Catering and Tourism Corporation ( IRCTC ) website.
IX. The passengers having confirmed/RAC/Waitlisted PRS counter tickets may cancel the same through IRCTC website (www.irctc.co.in) or through 139 within the prescribed time limit and the refund amount maybe collected across PRS counter on surrendering the original ticket.
X. In order to facilitate cancellation of PRS counter tickets at relatively smaller stations, one of the Unreserved Ticketing System( UTS) cum PRS counters (wherever PRS booking facility is available) has been earmarked for granting refund beyond the working hours of PRS counters/Current counters. This facility is available in respect of PRS counter tickets for those trains whose scheduled departure time is within the next 24 hours.
XI. Establishment of Yatri Ticket Suvidha Kendras for issuing of tickets through public private partnership for establishment and operation of computerised Passenger Reservation System (PRS)-cum Unreserved Ticketing System (UTS) terminals.
XII. Facility for booking unreserved ticket including platforms tickets and Season Tickets through mobile phone in the 6 suburban sections of IR in Kolkata, Mumbai, Chennai, Secunderabad and in Delhi – Palwal and Delhi-Ghaziabad sections of Northern Railway
XIII. Commencement of concierge services with facility for online booking of wheelchairs through IRCTC website at New Delhi and 22 other stations.
XIV. Provision of Automatic Ticket Vending Machines to facilitate purchase of unreserved journey tickets.
XV. Extension of e-ticketing facility to foreign debit/credit cards for foreign tourists and NRIs.
XVI. Commissioning of online booking of retiring room at over 488 Railway stations.
Modernisation/ upgradation of passenger amenities at railway station in Indian Railways is a continuous and on-going process. At present, upgradation of station is being undertaken under Adarsh Station scheme. 201 stations including 8 stations in Bilaspur zone (South East Central Railway – out of which 4 stations fall under Chhattisgarh), have been identified under this Scheme during the last three years and current year.
Regular inspections are conducted by Officers, Service Improvement Group (SIG), Passenger Amenities Committee (PAC) & Passenger Services Committee (PSC) to monitor the availability and maintenance of passenger facilities at stations and remedial measures are taken as and when deficiencies are noted.
This information was given by the Minister of State of Railways Shri Rajen Gohain in a written reply to a question in Lok Sabha today.

Promotion of Tourism in Railways

Kerala most sought after destination for 2016-17