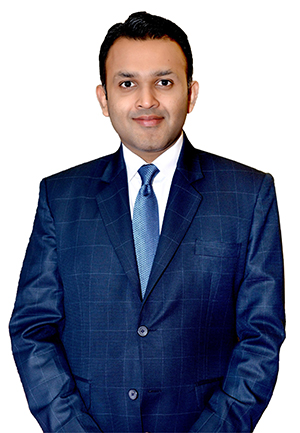 [dropcap]N[/dropcap]ew Delhi: Radisson Blu Plaza Delhi Airport announced the  appointment of Ashwani Kumar Goela as General Manager.
Mr. Ashwani brings with him 19 years of experience in hospitality. After graduating from New Port University California in hospitality in 1999, he did Diploma in hotel Management and started his career instantaneously with Hotel Intercontinental, New Delhi. He then, kept moving on and with great expertise and several stint across in various hotel companies like RHG, The Imperial and his last stint was with IHG, where he was heading Crowne Plaza Jaipur as Cluster General Manager, handling three properties. He was instrumental in setting up the Crowne Plaza Jaipur from Pre-opening and successfully stabilizing the hotel. During his tenure, the hotel was awarded with 21 industry awards including the world luxury hotel award. He is quite instrumental in setting high standards in leading significant initiatives in different hotels and achieving guest satisfaction and profitability for his unit.
Mr. Ashwani’s extensive experience in the hospitality sector including his ability to drive performance, turn around assets and building great team will be very valuable for the hotel as it looks to strengthen and expand its position in the market. He is a young professional with almost two decades of leadership experience in hospitality sector and will oversee the complete operations of Radisson Blu Plaza Delhi Airport. He will play a key role in meeting the hotel’s aggressive growth goals as well as building a name in the global market.

GHM raises the bar for luxury while...