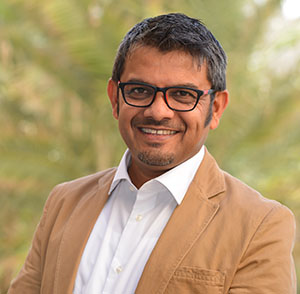 #TravelMail ( #www.travelmail.in ) #TravelNews #TourismNews #DailyNews #BreakingNews
[dropcap]M[/dropcap]umbai: Pradeep K Sharma is now President of  Indian Association of Amusement Parks and Industries (IAAPI).
Talking about his work, he joined Essel group way back in 1984 and later on was moved to Essel world in 1991. In 1998, he was entrusted with the additional responsibility of Water Kingdom for engineering and operations along with Essel World. He decided to explore new avenues and hence moved to Preston & Barbieri (Italy) in the beginning of 2002 as VP-Business Development Asia Pacific after serving Essel Group for more than 18 years.
As his passion has been innovation & manufacturing, he established his own manufacturing unit, Bombay Amusement Ride (P) Limited, in 2005, which has been known for its high-quality standards.
Once his manufacturing unit took off, he decided to expand his area of operations and joined Whitewater West, world’s largest water park company as VP-Business Development, India, Bangladesh, Bhutan, Nepal, Maldives.
His passions are travelling, technology and safety. He has served for IAAPI since its inception in different capacities which includes Training, Safety and Manufacturers’ and Export Promotion Committees as its Chairman. He has been instrumental in drafting India’s first amusement rides safety standards (code of practice) for BIS, on behalf of IAAPI.
Indian Association of Amusement Parks and Industries (IAAPI) is an apex body representing the interests of Amusement Parks, Theme Parks, Water Parks and Family Entertainment Center in India. IAAPI is a non-government, not-for-profit, industry-led and industry-managed organization, playing a proactive role in development of this sector. Founded in 1999, IAAPI is India’s premier business association having over 373 members from the private sectors including small and medium enterprises consisting of park operators and equipment manufacturers.