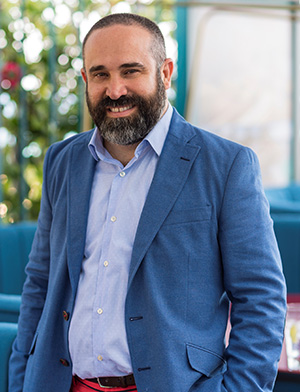 [dropcap]M[/dropcap]umbai: Palladium Hotel Group, a leading Spanish hotel chain has appointed Mumbai-based Blue Square Consultants (BSC) as its representative in India. Palladium Hotel Group is an internationally renowned Spanish hotel chain with 50 diverse properties located across Spain, Mexico, Dominican Republic, Jamaica, Sicily (Italy) and Brazil. As Palladium Hotel Group’s representative in India, Blue Square Consultants will conceptualize, implement and promote PR and sales strategies for three of their Spanish properties in India – Hard Rock Hotel Ibiza, Hard Rock Hotel Tenerife and Ushuaïa Ibiza Beach Hotel in Spain.
Ushuaïa Ibiza Beach Hotel is the first of its kind in the world to pioneer the concept of party hotel/ beach club. The hotel has non-stop music and entertainment with DJ performances, fashion shows, live concerts, festivals, pool parties, and product launches with the world’s leading celebrities. With the best international DJs playing almost every day, The Ushuaïa Club is the ideal choice for the best daytime parties in Ibiza. George Clooney and wife, Leonardo DiCaprio, Paris Hilton, Ranbir Kapoor and Katrina Kaif are some of the famous celebrities that have visited the hotel.
Hard Rock Hotel Ibiza is the first Hard Rock Hotel of Europe that combines the style and energy of the legendary brand. The hotel located on the famous Playa d’en Bossa, next to the Ses Salines nature reserve offers weekly open-air concerts, rooms with private pools and exclusive Hard Rock brand services like Rock Spa, Body Rock and the Rock Shop. It also houses SUBLIMOTION, considered the world’s first gastro show by Michelin Star Chef Paco Roncero.
The volcanic island of Tenerife is the largest of the Canary Islands and one of the most fascinating destinations in the world. The sea facing Hard Rock Hotel Tenerife proudly boasts of two stunning swimming pools and access to an artificial lagoon, as well as haute cuisine à la carte restaurants.
Commenting on the appointment, Sergio Zertuche, Chief Sales & Marketing Officer, Palladium Hotel Group said, “India is turning into a strong outbound market in the world and is ranked among our top 20. Ibiza is among the popular places visited by Indians which is also known for its vibrant music scene and eagerly-awaited concerts every season while Canary Islands is a new destination that Indians are exploring in Spain. We are excited to partner with Blue Square Consultants as it is a highly reputed organization with a strong foothold across different cities in India. Owing to their successful track record, we are confident that their expertise will help us gain greater visibility in the Indian market and we look forward to welcoming more Indians to our hotels on their holiday to Spain.”
Lubaina Sheerazi, COO, Blue Square Consultants added, “We are delighted to represent three of Palladium Hotel Group’s finest hotels in Spain and are excited to drive results for them in the India market. Spain has always been an aspirational destination for Indians and with Palladium Hotel Group’s attractive offerings we aim to target families, experiential travelers, honeymooners and music aficionados.”
Disclosing her strategy for the brand, she added, “Our predominant plan is to get the trade allied and on board through trainings, participation in trade fairs/exhibitions and conducting FAMs for travel trade and media to experience the properties first hand. We are confident of building a strong presence for Hard Rock Hotel Ibiza, Hard Rock Hotel Tenerife and Ushuaïa Ibiza Beach Hotel in the Indian market.”

Along with tigers, tourists also increasing in...