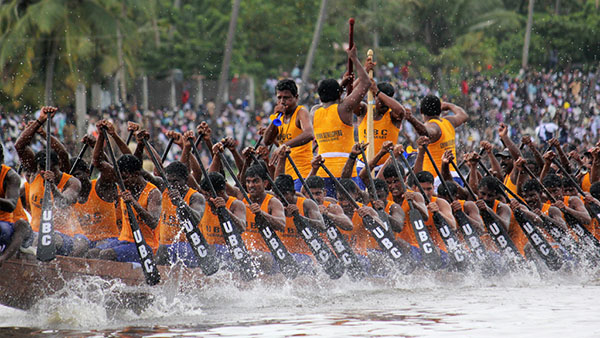 TravelMail BreakingNews ( #www.travelmail.in )
[dropcap]T[/dropcap]he Nehru Trophy Boat Race is amongst the premier snake boat races in Kerala. This year it is held on the 10th November 2018. People gather in large numbers to watch nearly 100 ft long boats compete against each other to the tune of old boat songs. Punnamada Lake is the location for the race where the contestants line up to battle it out.
The story behind this water regatta getting its name goes back to the visit of Pandit Jawaharlal Nehru in 1952. He was so enchanted by the sight of the majestic snake boats that he leapt onto one of the snake boats himself, ignoring his security cover. Later on in the year, he would donate a silver trophy in the form of a snake boat as a gift for the memories of the time he spent there. Hence the race would later go on to be named the Nehru Trophy Boat Race.
During this season the area comes to life with ceremonial water processions and beautiful water floats. From the huge chundan valloms (snake boats) to small country rafts, the waters are under the control of the expert oarsmen who put on a show that one can never forget. It is an art form in itself.

Connection and learning top the agenda for...