Movies can be transformative: Tourism Minister at IFFI 2018 closing ceremony 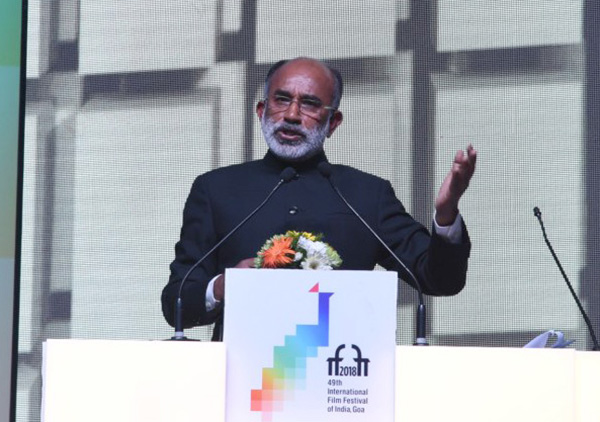 The Minister of State for Tourism (I/C), Shri Alphons Kannanthanam addressing the gathering, at the closing ceremony of the 49th International Film Festival of India (IFFI-2018), in Panaji, Goa.

TravelMail BreakingNews (#www.travelmail.in)
[dropcap]N[/dropcap]ew Delhi: Shri K.J. Alphons, Union Minister of State for Tourism (I/C) has said that Indian movie industry has made millions of people happy, not only in India but also in other parts of the world.  Movies can be transformative. Nowhere else in the world have we seen feature films on sanitary pads or toilets made. He was addressing the valedictory ceremony of 49th International Film Festival of India in Panaji, Goa.
Drawing a parallel between tourism and movies, Shri Alphons said that tourism and movie industry are closely related since they have the single objective of bringing people closer together and making them happy. In a country where many people have sacrificed their lives for their nation, there is plenty of subject matter for amazing realistic movies, he added.

Safety of passengers should be at the...