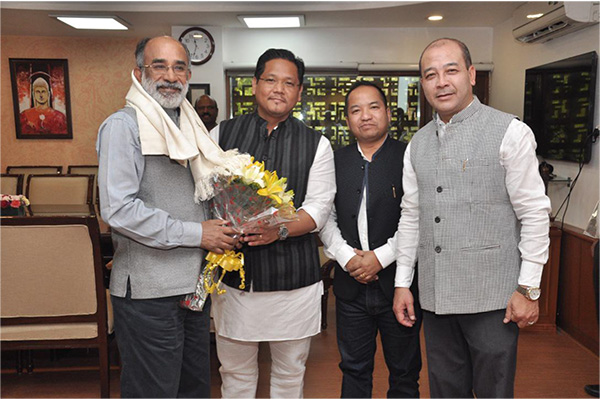 #TravelMail ( #www.travelmail.in ) #TravelNews #TourismNews #DailyNews #BreakingNews
[dropcap]N[/dropcap]ew Delhi: Meghalaya Chief Minister Conrad K. Sangma on Thursday called on Union Tourism Minister K J Alphons in New Delhi with State Tourism Minister Metbah Lyngdoh and Sport Minister Banteidor Lyngdoh.
The Chief Minister submitted a memorandum to the Union Minister to implement Swadesh Darshan Scheme in Khasi, Jaintia and Garo Hills to upscale tourism potential of Meghalaya.
“As part of the North East Circuit, which has been taken up by the Ministry of Tourism, we have submitted a proposal to put adequate thrust on popular Tourism circuit of Meghalaya to enhance infrastructure and build better amenities to facilitate tourism”, informed Chief Minister. The Ministry of Tourism has taken up thirteen thematic circuits to promote tourism in the country, which includes North East India Circuit, Eco Circuit, Wildlife Circuit, Rural Circuit, Heritage Circuit, etc.
He said “Meghalaya boasts of unique and rich cultural diversity. We have apprised on the urgent need to develop popular tourism destinations of the State”. He said that under the Swadesh Darshan Scheme, the State Government has chart out an ambitious programme to create better infrastructure and amenities for the tourist in Meghalaya. 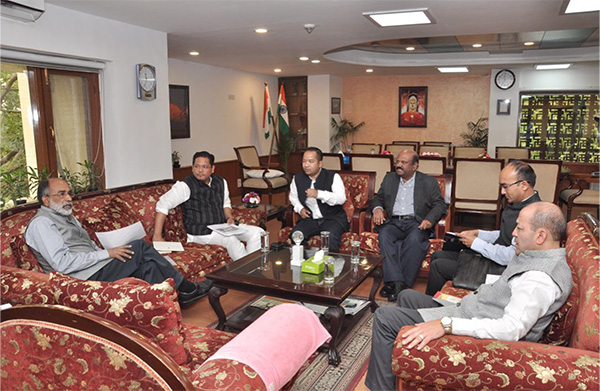 “The Garo Hills region of Meghalaya also needs to be projected and marketed as a tourism destination. The situation in Garo Hills has improved a lot and we are trying to create better infrastructure in different destinations of Garo Hills,” the Chief Minister added.
He also informed that the State Government will build capacity amongst the youth and interested entrepreneurs so that pool of human resources is ready to cater to tourism and hospitality sector.

Q’s Bar and Lounge announces The Next...