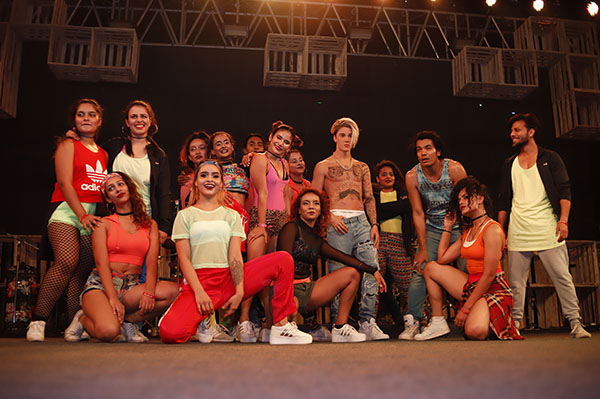 #TravelMail ( #www.travelmail.in )
[dropcap]N[/dropcap]ew Delhi: Madame Tussauds India unveiled singing sensation Justin Bieber’s figure at The Grub Festival- New Delhi. Madame Tussauds brings a mini pre-view of the attraction for visitors at the festival to excite audiences. His 5-holiday will be finally displayed in the Music Area of the Delhi attraction which opens on 1st December, 2017.

Justin’s figure has been one of the most sought after figures internationally and it has created a similar sensation in India when unveiled during Grub festival; on day one of the event. One of the highlights of the festival has been the ‘Madame Tussauds’ ensemble which gave a glimpse of the upcoming Delhi attraction by displaying favorite figures of national and international heroes. The figures of celebrities such as Jennifer Lopez and Hrithik Roshan became an immediate hit amongst the visitors who captured selfies with their favourite stars. Including this, the Madame Tussauds team had also set up a ticket booth for people to advance book tickets for attraction. These tickets were purchased at a discounted rate of Rs 650 and Rs 410.
Commenting on the occasion Anshul Jain, General Manager, Merlin Entertainment India Pvt. Ltd., said, ‘We are excited to bring a Mini Ensemble of Madame Tussauds to the Grub Fest, which created an immersive experience by giving people a glimpse of what’s in store for them when we launch the attraction. Justin Bieber has a huge fan following among youngsters in our country and the request for his figure has been long awaited. He is the first among all figures which have been unveiled straight to the public at such a platform, meeting the audience demands of the international star. With the idea to reach out to masses we are certain, Delhi is set to give them the most memorable time of their lives with this remarkable experience. We at Madame Tussauds Delhi are thrilled to meet and greet our audiences at the upcoming attraction.’
Madame Tussauds Delhi is an attraction known for the incredibly detailed portrayal of the fascinating world of glamour, sports, history, politics, and history under one roof, through planned themed and interactive areas, by the skillful and innovative interpretation of renowned celebrities through wax figures. The visitors will be encouraged to interact with the life-like figures of the celebrities, which marks the uniqueness of the wax attraction.

TAAI Awards given for the success of...