In a Remarkable Achievement, India gets its 37th World UNESCO World Heritage Site 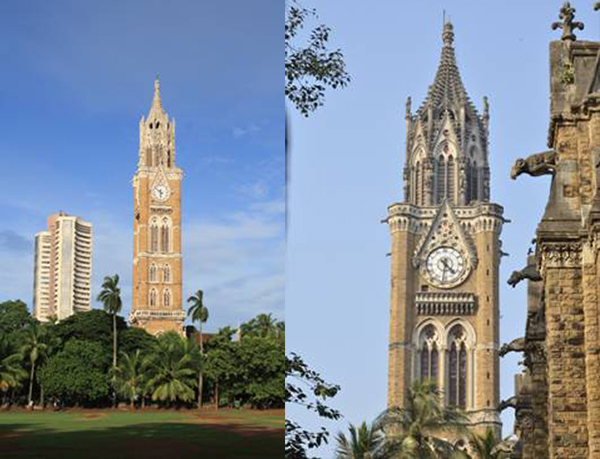 #TravelMail ( #www.travelmail.in ) #TravelNews #TourismNews #DailyNews #BreakingNews
[dropcap]N[/dropcap]ew Delhi: In yet another landmark achievement, India’s nomination of the “Victorian and Art Deco Ensembles of Mumbai” has been inscribed on UNESCO’s World Heritage list. The decision was taken at the 42nd session of the World Heritage Committee of UNESCO at Manama in Bahrain today. As recommended by the World Heritage Committee, India accepted the renaming of the ensemble as “Victorian Gothic and Art Deco Ensembles of Mumbai”.
India has been successful in securing the inscription of the “Victorian Gothic and Art Deco Ensembles of Mumbai” on UNESCO’s World Heritage List under Criteria (ii) and (iv) as defined in the UNESCO’s Operational Guidelines.
This makes Mumbai city the second city in India after Ahmedabad to be inscribed on the World Heritage List. In the past 5 years alone, India has managed to get inscribed seven of its properties/sites on the World Heritage List of UNESCO. India now has overall 37 World Heritage Inscriptions with 29 Cultural, 07 Natural and 01 Mixed sites. While India stands second largest in number after China in terms of number of World Heritage properties in ASPAC (Asia and Pacific) region, it is overall sixth in the world.
On this historic moment, the Union Minister of State for Culture (I/c) Dr. Mahesh Sharma has congratulated the residents of Mumbai and the entire country for this landmark achievement. In his statement, the Minister said that the international recognition to the heritage precinct of the city of Mumbai is a matter of great pride to the nation and it will boost the local economy in a number of ways. He also added that this achievement is expected to give a tremendous fillip to domestic and international tourism leading to increased employment generation, creation of world-class infrastructure and augmentation of sale of local handicrafts, handlooms and heritage memorabilia.
The Ensemble comprises of two architectural styles, the 19th century collection of Victorian structures and the 20th century Art Deco buildings along the sea, conjoined by means of the historical open space of the Oval Maidan. Together, this architectural ensemble represents the most remarkable collection of Victorian and Art Deco buildings in the world which forms the unique character of this urban setting, unparalleled in the world.
The Ensemble consists of 94 buildings primarily of 19th century Victorian Gothic revival and early 20thcentury Art Deco style of architecture with the Oval Maidan in the centre. The 19th century Victorian buildings form part of the larger Fort precinct situated to the east of the Oval Maidan. These public buildings include the Old Secretariat (1857-74), University Library and Convention Hall (1874-78), the Bombay High Court (1878), the Public Works Department Office (1872), Watson’s Hotel (1869), David Sasoon Library (1870), the Elphinstone College(1888), etc. The Art Deco styled buildings to the west of the Oval Maidan were raised in early 20th century on the newly reclaimed lands at Marine Drive and symbolised the shift in expression to represent contemporary aspirations.
The inscription has been done under Criteria (ii) and (iv) as defined in the UNESCO’s Operational Guidelines. Criterion (ii) refers to the important interchange of human values, over a span of time on development of architecture, monumental arts, town planning and landscape while Criterion (iv) refers to being an outstanding example of a type of building, architectural or technological ensemble or landscape which illustrates a significant stage (s) in human history. This achievement is especially remarkable in the view of the successive inscription of another Indian city after Ahmedabad last year.
In addition, 42 sites from the country figures in the Tentative List of World Heritage and the Ministry of Culture would be recommending one property every year for nomination to UNESCO.

IndiGo launches Surat as its 56th destination, effective from August 16