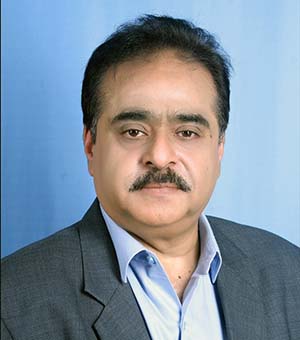 #TravelMail ( #www.travelmail.in )
[dropcap]M[/dropcap]umbai: The Finance Minister announced the reduction in GST levied on food bills at restaurants to 5 per cent while excluding the Input Tax Credit (ITC) benefit at the 23rd meeting of GST Council at Guwahati, Assam. Hotels and restaurants have welcomed the decision which has made the GST rate uniform for all eateries across the country. With the exception of restaurants in hotels with room tariffs of Rs.7500/- or above which will continue to levy GST rate of 18 per cent and will continue to receive ITC. The Hotel and Restaurant Association of Western India (HRAWI) terming it as a landmark move has extended its support to the decision. The Association has expressed its appreciation towards the Government for considering their plea and has thanked the Prime Minister and the Finance Minister for making eating out affordable again.
“Reduction of GST rate to 5 per cent for all restaurants has come as a pleasant surprise. This is a big boost for the industry which has been reeling under a slowdown for quite some time. Now irrespective of whether the restaurant is air conditioned or not, the consumer will pay a uniform GST rate of 5 per cent. This will definitely encourage the consumer to eat out again. We are thankful to the Govt. for considering the industry’s situation and coming out with the solution that will benefit the customer,” says Dilip Datwani, President, HRAWI.
HRAWI also clarified that it will not dilute the Govt.’s efforts of making eating out cheaper by increasing costs. It unequivocally stated that despite the withdrawal of ITC benefits, it will request its members not to increase menu prices. “We are very clear in our stand that GST is a landmark tax reform and we should stand with our Govt. at such crucial times. We will absorb the losses incurred on account of withdrawal of ITC benefit and hope that the Govt. will reinstate it in future,” adds Mr. Datwani.
The unavailability of ITC translates to not receiving tax credit for input costs borne by a business and which increases the operational cost for businesses.
“Until the Hon’ble FM had made the official announcement, the industry was under the impression that the reduction will be applicable to AC restaurants, effectively making the GST rate 12 per cent, uniform for both AC and non-AC. However, the Govt. went a step further and made a decision in favour of the customer by reducing the rate by 13 per cent. This is undoubtedly a positive and encouraging move. However at the same time by excluding the ITC benefit, restauranteurs will see a rise in their cost of operations. However we will not pass the cost to customers as it would amount to nullifying the Govt.’s effort of making eating out affordable. We have already presented our case to them regarding the need for amending the ITC clause and we feel positive that the Govt. will do justice to businesses as well,” concludes Mr Datwani.