Goa to be promoted as a tourism destination and cargo hub: Suresh Prabhu 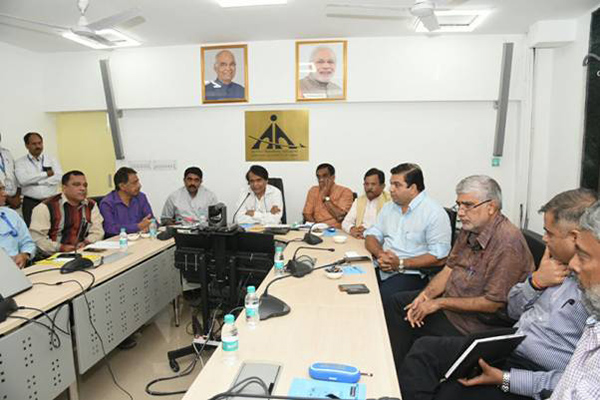 #TravelMail ( #www.travelmail.in ) #TravelNews #TourismNews #DailyNews #BreakingNews
[dropcap]N[/dropcap]ew Delhi: Central government in the collaboration with state government and private partners is working on to promote Goa as a tourism destination as well as a cargo hub, stated Union Minister for Civil Aviation Mr. Suresh Prabhu. He was addressing media persons at Dabolim Airport, Goa after the inspection of ongoing renovation work. Union Minister of State for AYUSH (I/C) Mr. Shripad Naik, State Agriculture Minister Mr. Vijai Sardesai, Revenue Minister Mr. Rohan Khaunte and Transport Minister Shri Sudin Dhavalikar were also on the occasion. Mopa airport will commence operations by September 2020. Dabolim Airport will continue to remain operational along with Mopa said, Mr. Prabhu.
The renovation work worth Rs 300 crore is going on at Dabolim airport, by July, new multi-layer parking complex will be operationalized. At Dabolim airport, one counter shall be allocated to Goa Tourism Department to operate taxi services and one counter will be allocated to the state government for sale of local products, souvenirs, and vegetables. Transportation of cargo will help farmers access international market, said Shri Suresh Prabhu. When Goa will have two airports passenger handling capacity will increase to 3 crores, he further added.
Under the Skill Development and Startup India initiative, Civil Aviation Ministry is in talks with the representatives of World Bank and other major institutions to promote Goa as a market destination, informed Mr. Prabhu. Major Airlines like Singapore Airlines, Lufthansa Airlines are interested to be part of market destinations in India. There is a huge job requirement in civil aviation ministry and other sectors also. These initiatives are imperative in the overall development of the State.