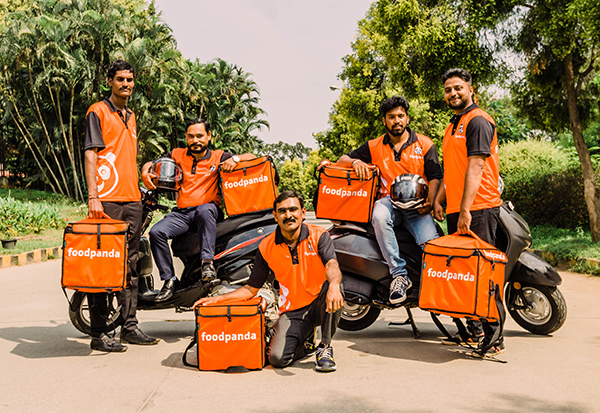 TravelMail BreakingNews ( #www.travelmail.in ) #TravelNews #TourismNews #DailyNews
[dropcap]B[/dropcap]engaluru: Foodpanda announced the launch of its delivery network in 30 additional cities, taking its presence to 50 cities across the country. Penetrating deeper into various states, Foodpanda’s delivery network is now active in cities such as Jodhpur, Kota, Udaipur, Amritsar, Ludhiana, Jalandhar, Dehradun, Allahabad, Varanasi, Surat, Vadodara, Aurangabad, Bhopal to name a few. Foodpanda targets to be in 100 cities by the end of November.
With its expansion to 50 cities, Foodpanda’s delivery network is now the largest in the country, with more than 125,000 delivery partners attached to the platform. Over a 150 million Indians reside in these 50 cities cumulatively, who will now be able to access the best of food experiences from around them on the Foodpanda app. Foodpanda is also the first food delivery platform in thirteen of these fifty cities including the likes of Ajmer, Bikaner, Mathura, Rajkot, Jabalpur, Ujjain, Meerut.
Pranay Jivrajka, CEO at Foodpanda India said, “We are thrilled about our expansion to 50 cities across the country; becoming the only food delivery platform to be present in these many cities across India. While our network now covers all metropolitans and major tier 1 & 2 cities across the country, we are excited about introducing the superior food experience we bring, delivered to the doorsteps of millions of first time customers in these un-served cities! We continue to expand rapidly and aim to be present in at least a 100 cities in a month’s time as we remain focused on building India’s largest and most preferred food experience platform.”
He further added, “Foodpanda has also fully integrated onto the Ola platform, leveraging deep local insights around cities and customer preferences. We believe that this rapid geographical expansion will give us the opportunity to create a differentiated food experience for a billion Indians across the country!”
Non-metropolitan cities like Chandigarh, Indore, Lucknow, Jaipur and Nagpur have emerged as the fastest growing markets for Foodpanda since launch, further validating the massive need for a superior food experience in cities like these. In the next phase of expansion, the Foodpanda delivery network will look to gain momentum in the eastern and southern parts of the country.