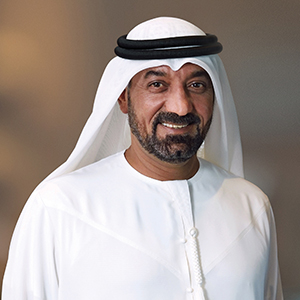 [dropcap]N[/dropcap]ew Delhi: The Emirates Group announced its 30th consecutive year of profit and steady business expansion.
Released in its 2017-18 Annual Report, the Emirates Group posted a profit of AED 4.1 billion (US$ 1.1 billion) for the financial year ended 31 March 2018, up 67% from last year. The Group’s revenue reached AED 102.4 billion (US$ 27.9.billion), an increase of 8% over last year’s results, and the Group’s cash balance increased by 33% to AED 25.4 billion (US$ 6.9 billion) supported by the bond issued in March and strong sales due to the early Easter holidays at the end of March.
In line with the overall profit, the Group declared a dividend of AED 2.0 billion (US$ 545 million) to the Investment Corporation of Dubai.
His Highness (H.H.) Sheikh Ahmed bin Saeed Al Maktoum, Chairman and Chief Executive, Emirates Airline and Group, said: “Business conditions in 2017-18, while improved, remained tough. We saw ongoing political instability, currency volatility and devaluations in Africa, rising oil prices which drove our costs up, and downward pressure on margins from relentless competition. On the positive side, we benefitted from a healthy recovery in the global air cargo industry, as well as the relative strengthening of key currencies against the US dollar.
“We’ve always responded to the challenges of each business cycle with agility, while never losing sight of the future, and this year was no exception. In 2017-18, Emirates and dnata delivered our 30th consecutive year of profit, recorded growth across the business, and continued to invest in initiatives and infrastructure that will secure our future success.”
In 2017-18, the Group collectively invested AED 9.0 billion (US$ 2.5 billion) in new aircraft and equipment, the acquisition of companies, modern facilities, the latest technologies, and staff initiatives.
Emirates announced two significant commitments for new aircraft during the year: a US$ 15.1 billion agreement for 40 Boeing 787-10 Dreamliners which will be delivered from 2022, and a US$ 16 billion agreement for 36 additional A380 aircraft, including 16 options.
dnata’s key investments during the year included: acquisition of AirLogistix USA, marking its entry in the US cargo market; expansion of cargo handling capabilities with new warehouses and equipment at London Gatwick, Amsterdam-Schiphol, and Adelaide; new catering facilities in Dublin and Melbourne; and new marhaba lounges in Karachi and Melbourne.
Sheikh Ahmed said: “While expanding our business and growing revenues, we also tightened our cost discipline. Across the Group, we progressed various initiatives to rebuild and streamline our back office operations with new technology, systems and processes. In 2017-18, our reduced recruitment activity, coupled with restructured ways of working gave us gains in productivity, and a slowdown in manpower cost increases.”
Across its more than 80 subsidiaries, the Group’s total workforce declined by 2% to 103,363, representing over 160 different nationalities, as part of the overall productivity improvement initiatives in Emirates and dnata.
Sheikh Ahmed concluded: “Looking ahead, Emirates and dnata remain focussed on delivering safe, efficient and high quality services consistently to our customers. Our ongoing investments in our people, technology, and infrastructure will help us maintain our competitive edge, and ensure that we are ready to meet the opportunities and stay on course for sustainable and profitable growth.”

10% growth in overall bookings during Independence...