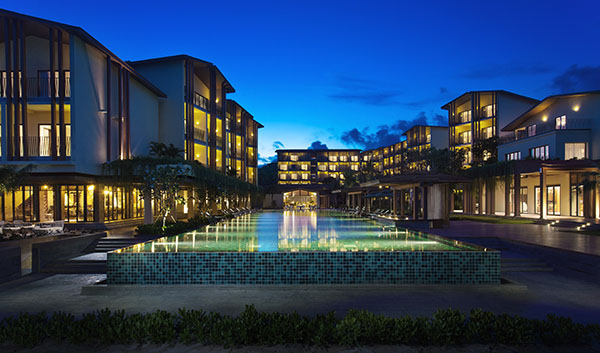 Comprising 108 well-appointed contemporary guest rooms, most of which offer pristine ocean views, Dusit Princess Moonrise Beach Resort is centrally located on the island’s west coast overlooking the stunning Bai Truong beach, a 20-plus kilometre stretch of sand also known as Long Beach.
The resort’s dining options include an all-day-dining restaurant, a lobby lounge, a swim-up pool bar serving Thai, Vietnamese and Western cuisines; and Soi 14, a stylish beachfront bar and lounge serving Thai street food favourites with a contemporary spin.
The centrepiece of the resort is a large infinity pool with ocean view, set within a lush tropical garden. Other facilities include a fully equipped gym, a kids’ club, a large ballroom accommodating up to 190 people, and Luna Thai Spa (opening in July 2018).

‘Paryatan Parv’ to be organized nationwide from...