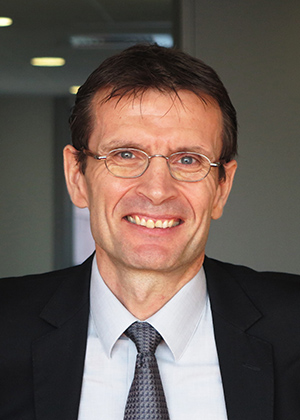 TravelMail BreakingNews ( #www.travelmail.in ) #TravelNews #TourismNews #DailyNews
[dropcap]M[/dropcap]umbai: Air France-KLM, a global leader in air-transport and member of the SkyTeam Alliance, announces the appointment of Jean-Noel Rault as the new General Manager – Indian Sub-Continent. Taking office on August 1, 2018, Jean-Noel will be responsible for accelerating the growth and strengthening the presence of Air France-KLM in the Indian Sub- Continent. He will also drive the consolidation and extension of the company’s partnerships in the same geography.
Prior to being appointed the GM – Indian Sub-Continent, Mr. Jean-Noel was heading Air France-KLM’s business in Canada as the Vice President and General Manager. During his assignment he opened two routes, Amsterdam to Edmonton for KLM and Paris to Vancouver for Air France. He also reinforced the company’s joint venture with Delta Airlines and partnership with West Jet.
Mr. Jean-Noel started his career with KLM in 1987 and joined Air France in 1989. Over three decades of his career, he has held decisive positions as Station Manager, Commercial Director, Country Manager and General Manager in Constantine, Bucharest, Prague, Riyadh, Noumea, Abidjan and Montreal. While he was stationed in France, he was assigned the role of Route Manager for the Middle East and Africa, Head of Direct Sales and Services Policy, as well as the Director of Customer Contact Centres and Social Media Servicing.
Succeeding Max Smits, who was at the helm of Air France-KLM’s business in the region since 2015, Mr. Jean-Noel will be a part of a strong and successful India team that has provided seamless service to its customers and partners.
A Masters of Science in International Business, Mr. Jean-Noel holds Executive Education certificates from HEC Paris and Mc Gill Montreal. He is married with two sons.