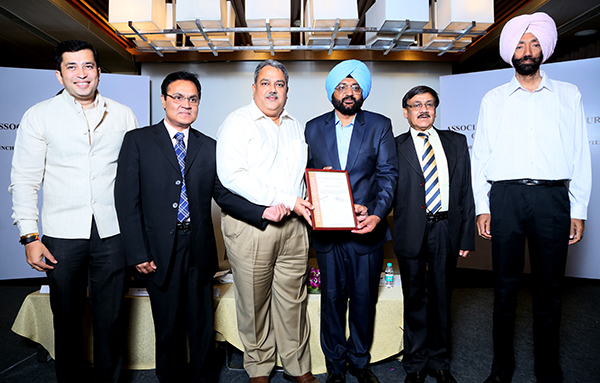 Rajat Sawhney, Vice President stated that it is a very gratifying moment for him personally being Incharge of Chapters. He stated that it is yet another milestone for ADTOI as we launching the 09th Chapter of the association and the 3rd Chapter in the current term. He highlighted that ADTOI in its attempt to promote inter-State Tourism in the country has been reaching out to every State where we have the presence of our members and launch the Chapter to work closely with travel Trade and the State Govt. to promote destinations in the States. Punjab , Haryana and Chandigarh are important gateways to Himachal Pradesh and Jammu & Kashmir and the cities here can be a very important transit points for the people travelling up north.
He informed that ADTOI Chapters operating in Jammu & Kashmir, Kerala, Gujarat, West Bengal & North East, Maharashtra, Chhattisgarh, Rajasthan and Andhra Pradesh are working successfully. Punjab, Haryana & Chandigarh will be our ninth Chapter and we look forward to launch more State Chapter in the very near future.
ADTOI has been working in tandem with Haryana, Punjab and Chandigarh in the past and extending its full support to their entire endeavour to promote tourism in these states. The States have also been extending support with participation in our activities in the past.
Mr. Sawhney announced the nomination of Manmeet Singh of Sky High Tours & Travels, Ludhiana as the Chapter Chairman who will coordinate activities with respective State Governments and the Fraternity for the promotion of tourism.
P P Khanna, President, ADTOI in his address spoke about the growth of domestic tourism which is at present is 1.65 billion, 3rd in the world standing, America being the number one followed by China. He also gave the statistics of domestic travellers travelling within the country where in America a person travelling six times in a year, in China 3 times and so on. He highlighted the importance of domestic tourism which generates employment benefiting the local economy. To promote the same we need to encourage people to travel within India to see its diverse culture, rich cultural heritage etc. He talked about Rural Tourism in Punjab which needs to be promoted amongst the school children who may not have seen village life at the grass root level. He specially mentioned about the new addition in Amritsar which is Indian Partition Museum. He appealed to all tour operator members to promote the destinations within India to experience incredible India.
Mr. S.S. Dhillon, Director Tourism, Govt. of Punjab gave an account of why visit Punjab by giving brief historical importance of the destinations in the State. He mentioned that in the world books of records kept in London, Golden Temple, Amritsar is most visited destination. He also stated the wrong perception in the minds of people that the visitors to Golden Temple are pilgrims and not tourists. He explained that Sikhism is a small community and even if we take 50% of the visitors in the pilgrim category the remaining 50% comes as tourists and visit to pay their obeisance at the Golden Temple. He thanked Mr. Khanna for talking about the Partition Museum in Amritsar which is in very close proximity. He highlighted about other places like Wagha Border where one can see the charged atmosphere during the ceremony. Ram Tirath is the place where Lav and Kush were born and Sita spend most of her time while in exile. He urged that ADTOI members are the people to sell the destinations in Punjab professionally and we look forward to that and we will extend whatever support ADTOI may need to do so. Other destinations mentioned by him were Gobidgarh Fort which is now open to public having a light and sound show, Pul Moran water body, Anandpur Sahib Museum.
Mr. Vikas Pratap, Principal Secretary in his address stated that it was pleasure to be here on this occasion. Punjab is an undiscovered Gem and during the last 2 years lot of changes have taken place which is very much visible. We have taken concrete steps to attract domestic tourists and tourism is the largest employment generation in the country. He also mentioned about Takht-e-Akbari, the place where Mughal Emperor Akbar was crowned and began his rule across India is one of the several important heritage sites in border areas of Gurdaspur As per the tourism policy we like to double the tourist arrivals. He talked on niche tourism like eco tourism, medical tourism, Farm Tourism, Punjab has a legacy for its cuisine an Punjabi songs. He urged ADTOI members to contribute to the tourism promotion in the States and offered to organize a FAM tour to the members to know more about the destinations in Punjab. He congratulated Manmeet Singh on his nomination as Chairman, ADTOI Punjab, Haryana & Chandigarh Chapter and wished him all the best. 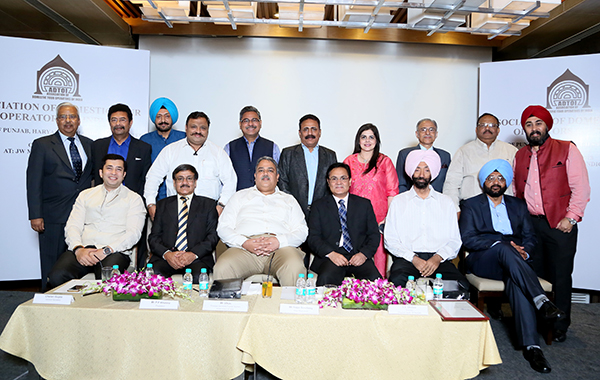 Manmeet Singh was presented with nomination certificate by Rajat Sawhney. Mr. Singh assured that as Chapter Chairman he will take all steps to generate more flow of tourists to these states with the support of the State Govts. and tourism fraternity.
Dalip Gupta, Joint Secretary thanked everyone present on the occasion.

Israel bullish on Agritourism boom in the country