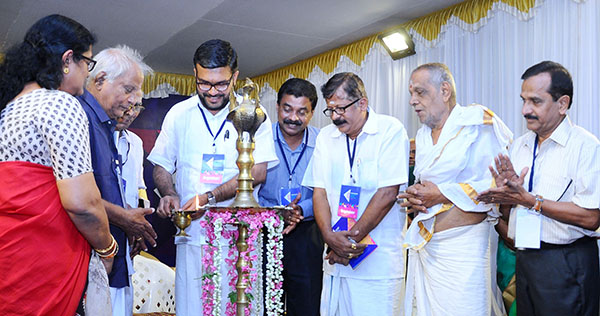 #TravelMail ( #www.travelmail.in )
[dropcap]P[/dropcap]alakkad: In order to attract tourist footfall, DTPC Palakkad organized the week long Kalpathy National Music Festival in association with the cultural department. The six-day festival was designed to promote the classical music as well as the culturally rich state of Kerala as a prime tourist destination. Shri. A K Balan Honorable Minister for Cultural Affairs of Kerala inaugurated the closing ceremony of this iconic cultural event on November 13th. The opening ceremony of the event was inaugurated by Shri. M. B. Rajesh on Purandaradasa Day (Nov 8) and was presided over by Shri. Shafi Parambil, MLA.
Kalapthy National Music Festival, a prestigious festival of Carnatic music has attracted thousands of people across communities to indulge into rich and vibrant series of celebration.
During this weeklong vibrant music festival, various cultural programs were organized such as – vocal concerts by some of the prominent musicians, violin performance by Shri. R. K. Shreeramkumar & Shri. N. M. Brahmadathan, Mridangam performance by Shri. Srimushnam Rajarao & Shri. N. Nagaraj followed by Ghatom performance by Shri. S. V. Ramani.
Speaking on the occasion, Dr. P. Suresh Babu, IAS, District Collector & Chairman, DTPC Palakkad stated, “The annual Kalpathy Sangeetholsavam offered a grand feast to music enthusiasts in the district Palakkad. With a splendid show of cultural music, the event was aimed at promoting the vibrant tradition and culture of Kerala.”
“We want to promote “Kalpathy Sangeetholsavam” as one of the best music festivals in India and encourage tourists’ footfall at the pristine destinations of Kerala,” he further added. 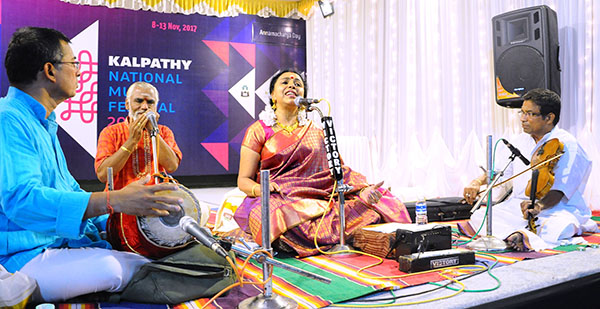 Kalpathy, situated in the Palakkad district of Kerala is one of the ancient Brahmin Agraharam. Palakkad, the granary of Kerala is the traditional gateway to Kerala. One of the larger districts of Kerala, Palakkad has a topography that is a blend of forest cover, rivers, valleys, hills, etc. It plays a major role in the trade contacts between east and west coasts of peninsular India.
Deriving its name from the Malayalam words Pala (Alsteria scholaris) and Kadu (forest), this place is famed for an abundance of natural resources. Some of the finest Carnatic musicians hail from this region, which continues to be a largely agrarian society. Its geographical position, historical background, rural natural, educational status, tourist attractions and above all, the development activities that are carried out, are wide and varied. Malampuzha, Silent Valley, Nelliyampathy and Tippu’s Fort are some of the key attractions of the district Palakkad.

Aadi Mahotsav-‘A Celebration of the Spirit of Tribal Culture, Cuisine and Commerce’