More than 61% trains to be delayed during Ambubachi Fair – RailYatri 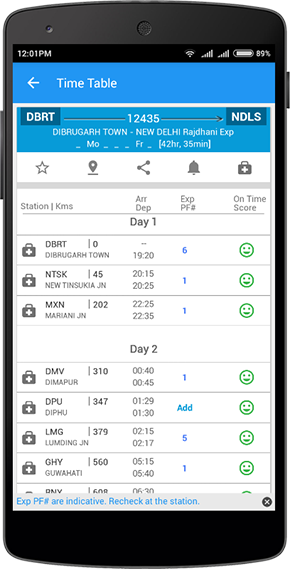 Guwahati: As the state braces up for the grandiloquent Ambubachi celebrations at Kamakhya Temple, millions of devotees are expected to arrive at the twin stations of Guwahati and Kamakhya from various parts of India. Last year there was a deluge of 10 Lakh devotees on the occasion. RailYatri.in, leading website for unique train travel content, anticipates that the pilgrims count will increase by 27% this year over last year.
RailYatri.in, on this occasion, released a study which shows that more than 61% trains which would be carrying passengers from various parts of India to Guwahati for the Ambubachi Fair and festivities are likely to face huge delays. The study further claims, that more than 26% of all trains running to Guwahati remain delayed all through the year, causing passengers immense discomforts.
Manish Rathi, CEO and co-founder, RailYatri.in claims, “Train delays during festive season are frustrating for the pilgrims attending a religious event. But at times it is unavoidable. The delays are caused due to the influx of new (Special) trains arranged for last minute travellers. One has to understand that there are only a fixed number of tracks, when there are more trains plying on those tracks than the handling capacity, delays are an inevitable outcome.”
The tickets for Guwahati from June 20-26 have become rare commodities at present. Tickets in all the leading trains along this route are already sold out. So, travellers without confirmed tickets or those who have failed to make bookings yet will have to rely on Special Trains which would be announced in the coming days. Last year, there were around 5 Ambubachi Special trains announced by Indian Railways, the count could be higher this year, seeing the booking trends.
RailYatri.in’s data, gathered from over 30 million users, suggested that last year most of the pilgrims to Ambubachi Fair visited from New Delhi, Patna and Howrah stations. These stations were followed by Allahabad and New Jalpaiguri. 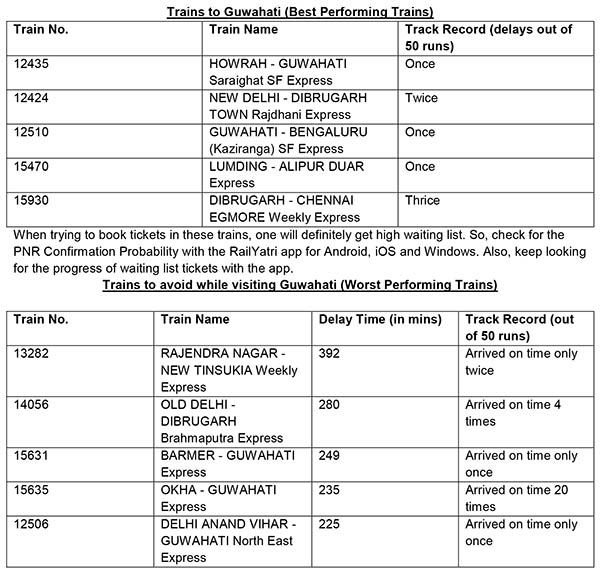 Stay Prepared
When lakhs of pilgrims make their trip of faith to Ambubachi Fair each year, there are certain issues faced. One of them is regarding the availability of quality food en-route. RailYatri app has tried to address this problem with the on-berth food delivery service. Now, you can order food which will not only taste good, but would be hygienic and budget friendly as well.
Another major issue faced by more than 75% of the pilgrims to Ambubachi Fair is severe exhaustion and fatigue after attending the four day long religious extravaganza. So, it is wise to stay prepared for the worst. RailYatri’s Medical Emergency feature helps passengers find the nearest and most reputed healthcare facilities in the vicinity without sweating a drop or asking out for help.

Thailand Travel Mart Plus 2017 seminar to...