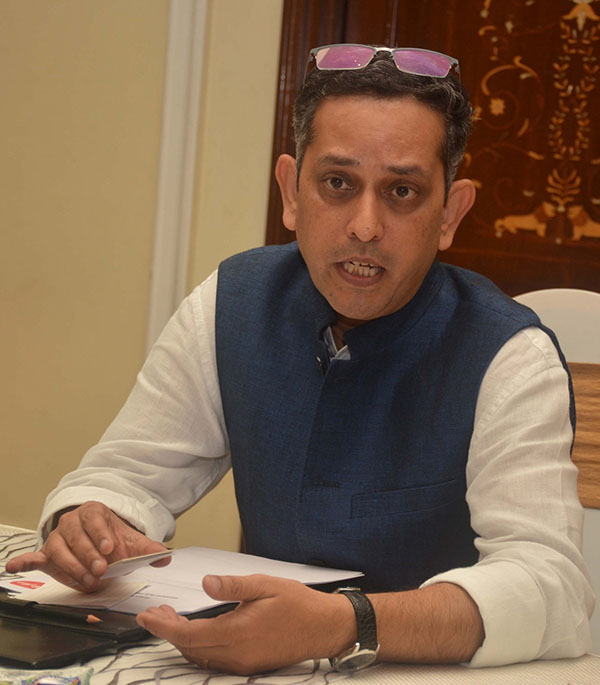 Hyderabad: Low-cost carrier AirAsia India announced induction of an eighth A320 aircraft and said it plans to take the fleet strength to 20 by the end of 2018.
AirAsia India CEO Mr. Amar Abrol told reporters here that the airline will operate daily flights connecting Hyderabad and Kochi from October 8. It is offering limited promotional seats for all inclusive fares from Rs 2,999 on this route.
“Hyderabad is increasing becoming an important hub for domestic and international travel in and from India, and the addition of frequencies to Kochi is our gift to the Keralites for Onam,” he said.
AirAsia will also increase frequencies of flights on Bengaluru-Hyderabad and Bengaluru-Kochi routes.
He said the airline hopes to complete the second round of equity infusion by the month-end to fund the expansion plan. The second round of funding comprises “few multiple millions of dollars”. Mr Abrol declined to give numbers but added that it would help the airline take its fleet strength to 20 aircraft by the end of 2018.
While all these 20 aircraft will be A320s, the company is open to have a mixed fleet in future.
AirAsia India, a joint venture between Tata Sons Limited (51 percent) and AirAsia Berhad (49 percent), infused $30 million in the first round of funding, which has been fully utilised, he said.
The low-cost carrier currently flies to 11 destinations with its hubs in Bengaluru and New Delhi, covering Chandigarh, Jaipur, Guwahati, Imphal, Goa, Pune, Vizag, Hyderabad and Kochi.
Mr. Abrol said the airline was waiting for the announcement of the new aviation policy to finalise its expansion plans and look at new destinations.
He also said the airline sector in India was growing at a rate faster than in China and offered ample opportunities in terms of the availability of demand as well as the untapped routes.
Pointing out that 330 million Indians can fly, he said currently only 75 million were flying.
He said there were 330 pairs of routes in India where A320s can operate. Currently, just 120 pairs of routes are touched by the largest competitor.
AirAsia currently connects 22 pairs. “With 20 aircraft, we eventually want to do 30 to 40 pairs,” he added.
The airline will continue to focus on destinations, which are not well served.
Stating that each aircraft require 80 to 100 employees, he said the company had started recruitment of pilots, cabin crew and ground staff. In a couple of months the company will be opening its own training facility in Bengaluru to train the pilots and other crew.
He claimed that with the progress and performance on multiple fronts, the airline was heading in the right direction.
It has been operating with a Passenger Load Factor (PLF) of 84-85 percent, and a 25 minute turnaround time, best in industry in terms of PLF and cost optimisation.
He pointed out that the airline reached gross profit break-even since April. “The next milestone is to get cash flow positive and we will certainly get there as quickly as possible. Eventually like any other investor my shareholders, my board requires us to AEBITDA break-even as well,” Mr. Abrol said. (IANS).

SATTE 2019 receives an overwhelming response from...